The following notices and announcements are useful for current and future members to see important information about the club. 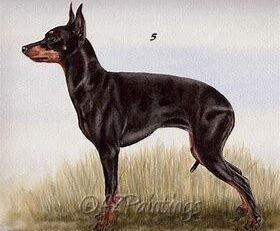 After several years under development the ETT and Manchester Terrier database is complete and has now gone live. It contains pedigree and other details of over 40,000 dogs going back over 150 years. A Project team from Canada, the UK , and the US have done all the pedigree research and combined a series of separate databases into a single fantastic resource for the breeds. The project was led by Amanda Kelly from Canada with the the bulk of the UK contribution coming from Carolyn Inch and prior to that, Dawn Saunders. The database is free to use and is fully interactive in that once registered as a user you can edit, add photos and additional information on your own dogs. You can visit the site and register as a user here https://manchesterterrier.breedarchive.com/home/index?fbclid=IwAR0tIhBEND4ldVodz2c3XDd1VrHvXmzf4aiey3mxAYJPbQHMYx2naXdO9rY read more 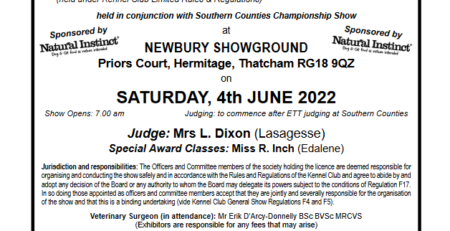 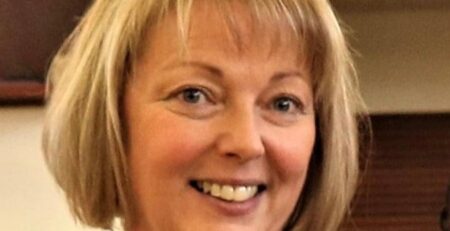 At the ETT (Black & Tan) Club AGM for 2022 on 2nd April Lisa Dixon (Photo) was elected as the new Club Secretary to replace Pat Newton who retired after holding the position for 9 years. Also elected onto the Commitee for the first time were Barb Wiles and Ryan Ross. They join existing Committee members Nick Gourley, Steve Inch, Derfel Owen, Jan Fiers, Julie Baldwin, Graeme Dixon, Jan & Tim Harman, and Colin and Hazel Haffenden. The Committee will allocate responsibilities to individual members when it holds its 1st meeting later in the month read more 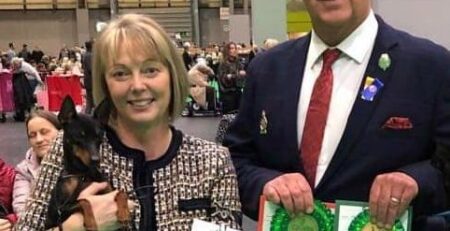 BREED HEALTH SURVEY – UK RESIDENTS ONLY The English Toy Terrier (Black & Tan) Club in association with the Kennel Club are launching a survey to look at the current health of the breed.  It will collect and analyse information on any existing health related conditions, and will identify any potential emerging conditions which might require action or further research. The overall aim is to improve the breed’s health and welfare for future generations.   So Its important that as many UK owners as possible participate in the survey.  Its very straightforward and is entirely confidential.  The project is being led by ETT Club Committee member Lisa Dixon who has responsibility for Health and welfare matters. You can complete the survey form here. https://www.surveymonkey.co.uk/r/ETTHS2022 read more 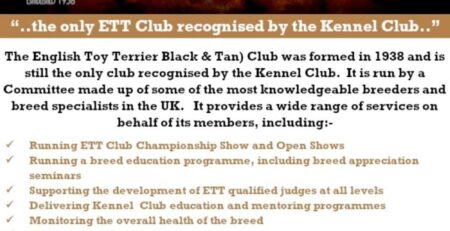 Interested In Supporting The ETT – Why Not Join The Club ?

Own an ETT ...or just very interested in the Breed ? Why not show your support by joining the ETT (B&T) Club. Now in its 83rd year and still the only ETT Club recognised by the Kennel Club. Lots of membership benefits including free advice from the top breeders, a free copy of the Thumbprints Yearbook, discounts on entry fees for club events, discounts on club publications, access to the club archives, free health and welfare advice, help to find puppies .. and so much more !! Membership runs from 1st January to 31 December 2022 . Download the application form here Membership-Form-2020-2-for-steveDownload read more

The ETT (B&T) Club is managed by a Committee made up of individuals who have been club members for at least two years. The Committee operates a rotation policy under which a set number of individuals stand down each year and places become available for members to apply for. The Committee is always keen to attract "new blood". If you want to apply to come onto the Committee all you need to do is download the application form below and send it to Pat Newton at the address given on the form. It's your chance to play a part in the running of the club. 2022-committee-applicationDownload read more 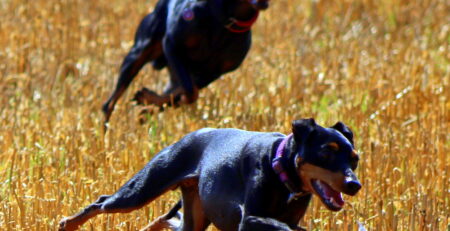 Meet a selection of ETTs and their owners from 10am on the 20th through to 5pm in the 21st November at this years Discover Dogs. Over the two days the stand will be staffed by Mal Hennessey, Paul and Vicky Williams, Susan Bassett and others. The Club will be launching its new stand with a completely new set of vinyl wall and roller banners, and the new club brochure. Designed by Steve Inch using photos provided free of charge by some of the best ETT photographers from across the world. Generously funded in full by Nick Gourley and Andy Leonard from the proceeds of their online auctions. read more 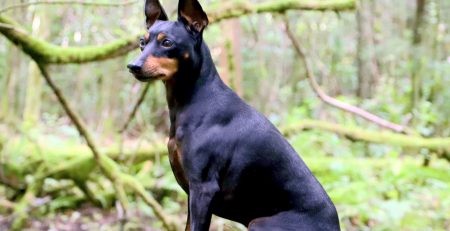 Interested in making your dog available for stud duties ? The club is in the process of preparing a register of potential stud dogs, which will replace the the existing page on the club website . If you would like to include your dog on the register download the attached form, fill it in and send it to steve.inch@yahoo.co.uk - or send a photo of your completed form to his messenger address. STUD-DOGS-REGISTER-convertedDownload read more

At the ETT (Black & Tan) Club AGM for 2022 on 2nd April Lisa Dixon (Photo) was elected as the new Club Secretary to replace Pat Newton who retired after holding the position for 9 years. Also elected onto the Commitee for the first time were Barb Wiles and Ryan Ross. They join existing Committee members Nick Gourley, Steve Inch, Derfel Owen, Jan Fiers, Julie Baldwin, Graeme Dixon, Jan & Tim Harman, and Colin and Hazel Haffenden. The Committee will allocate responsibilities to individual members when it holds its 1st meeting later in the month read more 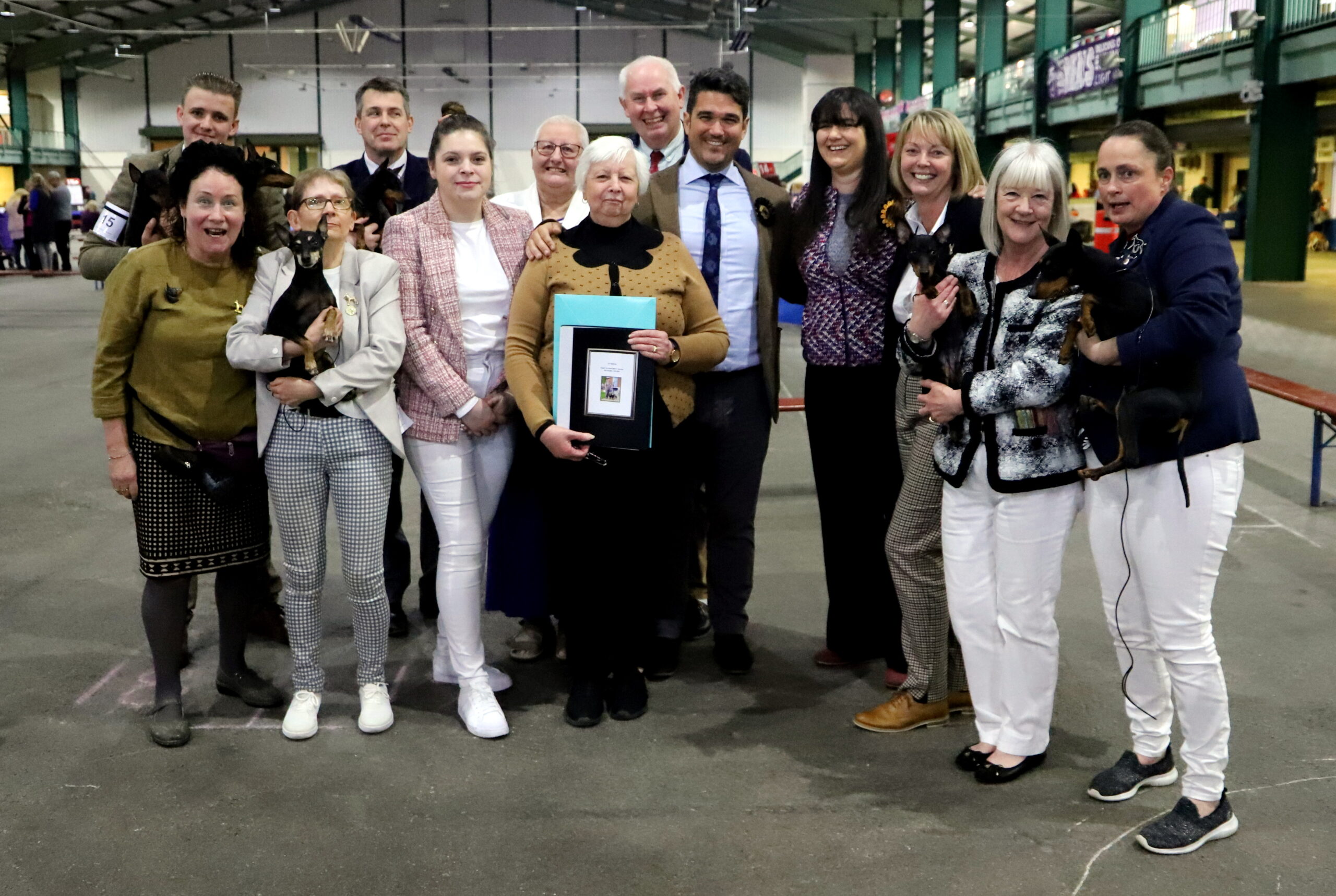 After 9 years as ETT Club Secretary Pat Newton has announced that at the AGM on 2nd April she will be retiring from the position and taking a well earned rest. One of her final duties was making all of the arrangements for the ETT Club Spring Open Show at Stafford on 26 March. After the show Judge Leila Tarabad presented Pat with a card signed by Club Members and a "This is Your Life " folder celebrating Pats life with her "Tettoy" dogs and her work as Club Secretary. The photo shows Pat with a group of club members at the end of the show. Well done Pat - you will be missed ! Pat-Newton-Dogs-in-our-life-final-1Download You can read Pat's " This Is Your Life" story here read more 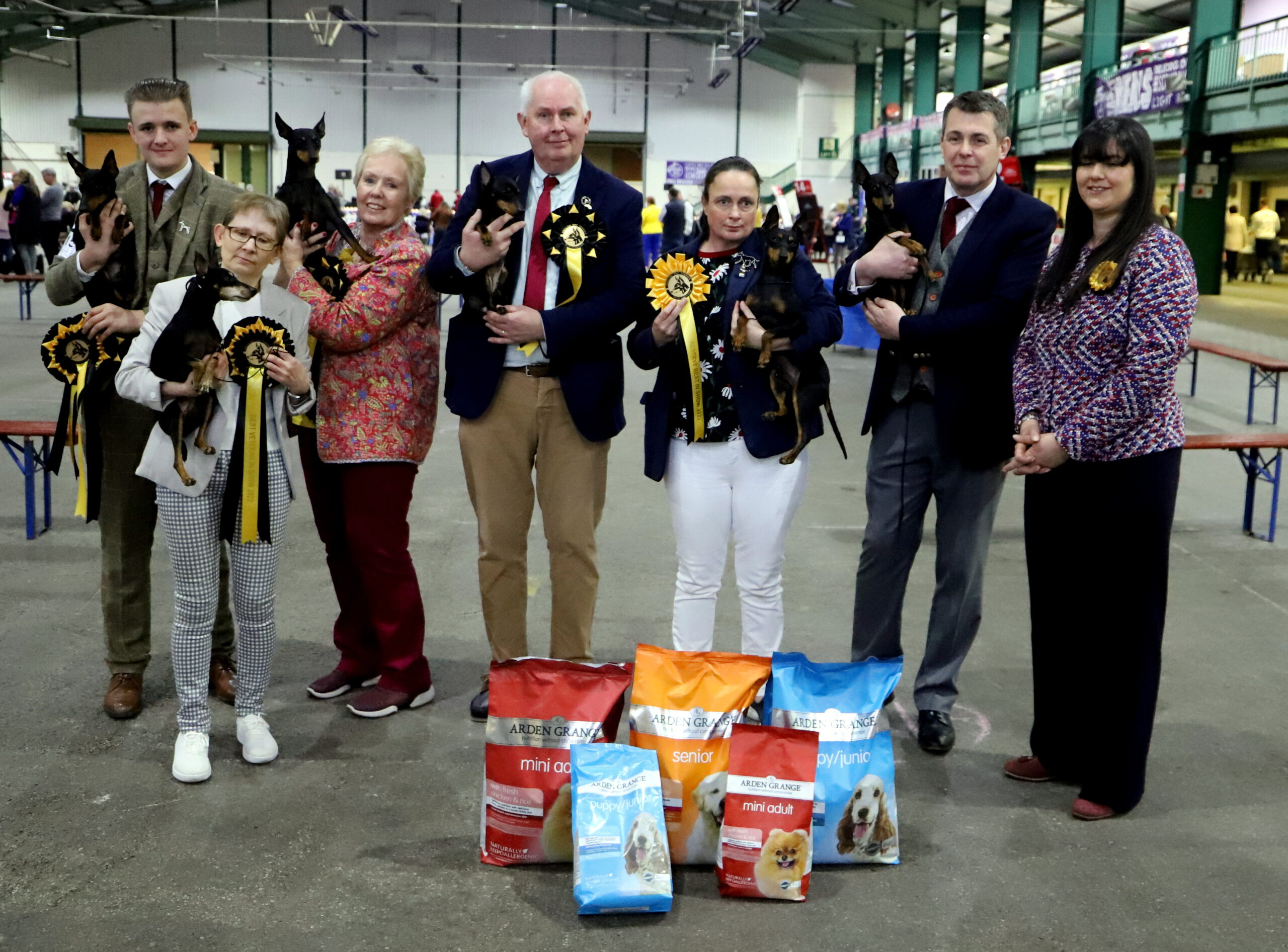 Members of the ETT (B&T) Club receive a copy of the Club yearbook - Thumbprints - as part of their annual subscription. Copies are rarely sold to non members - so if want a copy join the club ! Club Committee member Graeme Dixon has done a top class job with the 2021 edition - with lots of club news, articles on all sorts of ETT issues, photos and adverts. read more 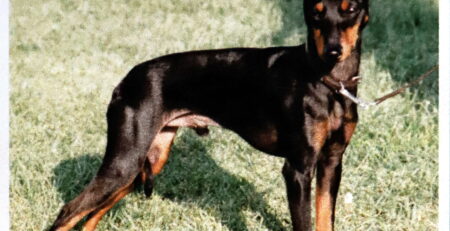 The Club is very sorry to hear that Audrey Ensor, of the THALCYON KENNEL, has passed away.  Audrey had a long and distinguished career in breeding and showing ETTs, with many of the top kennels having Thalcyon blood in their lines.  Although Audrey showed Afghan Hounds with great success in the early 1980’s she had long admired the ETT.  She had intended to buy her first ETT in 1986 but the death of a son, and then her husband over a very short space of time meant this had to be delayed, and indeed Audrey seriously considered giving up showing.  In 1991 she began corresponding with Marjorie Heward (Carrlea) and in September of that year she acquired “Tally” -  Carrlea Royal Challenger – and that was the start of her love affair with the breed.  At the Welsh KC Champ Show in 1992 she was introduced to John Cottrell (Warwells) and later that year she acquitted “Trouble” – Warwells Mr Trouble.  And it was Trouble who helped her get back into the showring and then into breeding.  Audrey considered that “Trouble made all my dreams come true”. Audrey became a prolific breeder and exhibitor with 73 Dogs bred over 25 years carrying the Thalcyon name, of which 22 were sired by her favourite Mr Trouble through matings with quality bitches including Warwells, Eburacum and Shanedale kennels.  Audrey bred 4 UK Champions and 1 International Champion.  These included Ch Thalcyon Cymro Mon At Garbosa, Ch Thalcyon Victoria of Shanedale,  Ch Thalcyon Have U Ever With Dobrugh, and Ch Thalcyon Darius. She also bought wisely and made up champions bred by others, notably Ch Eburacum Magnum Of Thalcyon (bred by Richard Haynes) who won 6CCs.  The  photo shows Ch Thalcyon Cymro Mon At Garbosa – winner of 3ccs and 3 BOBs by 10 months,  winner of Toy Group 2 at the Welsh KC Champ Show in 1995 at age 8 months , and sire of two champions.       Audrey was a huge supporter of the ETT (B&T) Club.  In recognition of her contribution to the Club and the breed she served as Club President from 2016-2018, attending the Club Championship in her final year before standing down.   Audrey had not been in the best of health recently although her daughter Sandy confirmed that she still took a keen interest in the breed – and continued to keep ETT’s by her side until it was no longer possible to do so. The Club has lost a well liked, and much admired friend.        read more 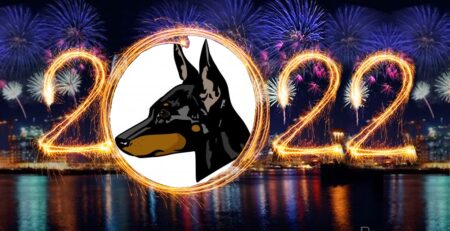 As the clock ticks down towards 2022 the Committee of the ETT (Black & Tan) Club would like to wish all club members and supporters of the breed a very happy New Year. Hopefully life will get back to something like normal early in the year and everyone can start to meet up again whether it be for breeding, training, competition or socialising. read more